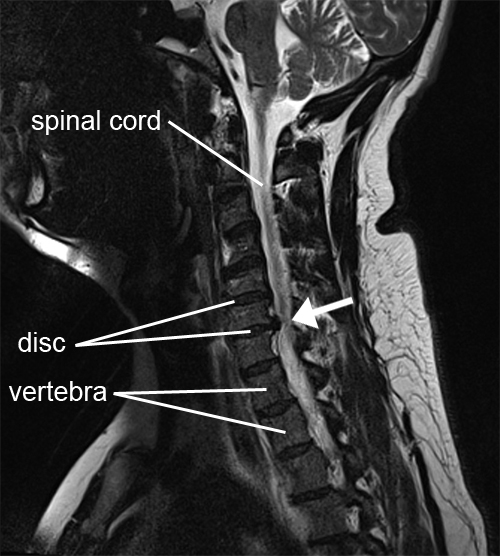 The pain began in my thumbs, as if I’d hit each of them with a hammer a few days before. Within a few days, I noticed a tingling in my hands. I assumed that I’d pinched a nerve in my wrists when I increased weights at the gym.

But then I woke up one night with tingling in my right foot. By the time my internist could see me, I was experiencing intermittent pin-pricks in on the right side of my face and neck and my right ear. Sometimes my scalp on the ride side would tingle, or even hurt.

Three rounds of blood tests, an ultrasound and an MRI ruled out everything from iron poisoning, diabetic neuropathy to MS, so I was sent to a neurologist.

The neurologist put me through another series of tests and another MRI.

By the way, did you know MRIs are awful? They pound you with Teslas, and I found it to be painful, in my scalp and neck, elbows and hands. The first MRI I had done involved dye, so they could try to find out what was wrong with my brain. The nurses had a lot of trouble with the dye because my veins had collapsed from all of the blood that had been drawn over the previous few days.

I’m not sure what is worse…lying in a cramped MRI machine having a million-dollar coil fling her magnetic curses at you for 20 minutes, or having a team of nurses poke and prod and argue about whether the left side is worse than the right, and whether or not they should give up and call ‘Karen’ from upstairs to try.

I’ve learned that MRI machines are located in the basement of hospitals, and that staff intentionally try to keep the rooms cold, which I appreciate. But after undergoing the torture for 20 minutes, and then having staff fail on both arms, I was sweating profusely, which led one nurse to ask, “Are you doing okay?” to which I responded, “I suppose it could be worse”, which she must not have heard because she didn’t respond.

Someone I couldn’t see (because my head was held down by straps to the gurney and that part of me was still inside the MRI tomb), eventually managed to get the needle in my arm and the dye into my brain and they pushed me back into the machine and left me for another round.

The first MRI found nothing wrong with my brain (I have the records to prove it), but the second MRI revealed severe spinal stenosis in my neck, specifically, 5/6 and 6/7.

It’s a little unusual for someone my age who has not suffered trauma and is otherwise a “specimen of extraordinary vigor, virility and potency”, which is more or less what the nurses at Vanderbilt have told me during the protocols there which study men such as myself.

So the neurologist sent me to a neurosurgeon, who very excitedly told me how cool it was what was happening to me (my spine is growing tighter around my spinal cord, ‘pinching’ it), and why I needed surgery to avoid paralysis or death. While he was walking out of the room he mentioned that I should not fall down any stairs, get in a car accident, or otherwise expose my neck to trauma.

The gabapentin he prescribed has dulled the pain, so I don’t feel as though I’m being tortured by a squad of sadistic demons with pins and needles. As long as I remember to take the neuro-blocker at exactly the right time throughout the day, I can pretend as though my spine is not trying to kill me.

I can’t say how grateful I am to be alive in 2019, and with health insurance. I do admit to feeling a little less virile and vigorous these days.

I’m now doing a few weeks of physical therapy to explore the very low chances surgery will not be necessary, but otherwise I will have surgery on my spine in August.

The neurosurgeon explained with great enthusiasm how they will cut the front of my neck open and from this angle insert some plastic into my spine that he guarantees will not fail “for at least 300 years”.

I find it mildly amusing that after years of having physicians, naturopaths, know-it-alls and network marketers warn me about the dangers of drinking wine and eating good food that my most serious health issue to date is genetic.

Thank you in advance for your prayers and if the blog goes quiet after August, you’ll know why.