Johnnie was from a poor farming town in central western Mississippi on the river with a population smaller than the prison camp in which he now lived. He had innumerable brothers and sisters that I imagined all ran barefoot around the cotton plantation on which they were, essentially, sharecroppers. He was 12 when Emmit Till was murdered in nearby Money, Mississippi.

He called to me from across the enormous, open bay at the bottom of the stairs where the  blacks would gather to cook, laugh, scheme and taunt one another and where he would sit by one of the few working radiators to keep his feet and hands warm.  He was 71, obese, illiterate and suffered from diabetes, prostate cancer, recurring heart attacks, arthritis and the insolence of the young blacks whom he said “don’t know no better”.

Johnnie was from a poor farming town in central western Mississippi on the river with a population smaller than the prison camp in which he now lived.  He had innumerable brothers and sisters that I imagined all ran barefoot around the cotton plantation on 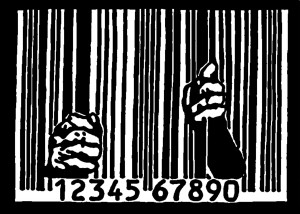 which they were, essentially, sharecroppers.  He was 12 when Emmit Till was murdered in nearby Money, Mississippi, and quickly joined the ranks of many of the peaceful protesters and activists of that generation.  He knew Medgar Evars and marched with Martin Luther King, which as far as I can tell, every American black and most whites living in the United States, did at some point.  He couldn’t understand my disdain for Sharpton and Jackson, although he granted they seemed to be more interested in politics and making money than helping “poor folk”.

He eventually moved to Memphis, married his childhood sweetheart, had a bunch of children and was active in his church, community and Democratic politics.  I enjoyed his company immensely because I felt like I was in the south while I was with him.  He enjoyed my company because I could translate what he said to the white Yankees who made up 1/3 of the population there and because I could read his correspondence, explain his legal mail and type for him.

I had studied the criminal code night and day for two years and read thousands of indictments, petitions, appeals and rulings, which meant I had more insight into the code, procedures and individual cases of the men than most of the attorneys who had ‘represented’ them.  I knew enough Latin to understand the judicial colloquialisms and have known enough attorneys to know what they are thinking, who they are afraid of, and what constitutes success in their world to read between the lines of their correspondence.  What I had to say to convicts was rarely welcomed but always accurate.

Johnnie knew every politician worth knowing in West TN who could be bought or frightened by the black community, which naturally meant he knew all the Democrats in office west of Jackson, although I guess those were the only kind back in the day.  He leveraged his relationships in the church, in the civil rights movement and in politics to develop several successful small businesses in Memphis.  The first time I referred to “Memphrica” as Mogadishu on the Mississippi, he said in his deep baritone, and interrupted by a phlegmatic coughing fit, “Jeff, Memphis has always been a chocolate town, but it used to be run right.  Now aint nobody got no respect for nobody else and they live like animals.  The white folk just leave but where can we go?”.

I don’t know how Johnnie was successful in his little enterprises, given his lack of education, illiteracy and naivete.  Perhaps it was his affability, sincerity, network and hard work.  Those things eventually failed him, because after he managed to sell one business and buy an even larger one, it all came crashing down on him.  The business he acquired bought and sold steel drums which occasionally arrived at his location with undeclared toxins.  Not knowing what to do about it and not daring to challenge those he bought from, he just started storing them.  It’s easy to see how someone else might see how Johnnie handled the toxins and shuttled their own problem his way.  Eventually his political contacts couldn’t get regulators to look the other way.  Because he lacked the appropriate permits-or shall I dare say, the IQ to understand what those permits might have said-he agreed to an EPA fine that would bankrupt him, sold the business, and agreed to plead to a criminal act believing it would bring an end to the nightmare that had once been the justification for his dreams of a modest retirement.

Instead, he received a three year sentence in federal prison.  As I worked through the stacks of paper which showed his obvious incompetence at managing employees effectively or leading a business of any regulatory complexity, I could see the violations of the law were obvious, and potentially serious (although knowing how things work myself I doubted whether Johnnie was in fact conspiring with Al Qaeda to import and store bio-weapons in his neighborhood).  I heard hour upon hour of his story of helping young black men try to straighten out their lives and families and contribute to their community rather than adding to its misery.

Every few days Johnnie would breathlessly track me down to tell me about a story he’d heard on TV and ask whether I thought it might mean he could go home early.  He was seriously ill, he told me.  His wife was ill.  His family was coming apart, sons abandoning their wives, grandsons embracing drugs, granddaughters getting pregnant, hooked on drugs, having babies, having abortions, disappearing.  After Obama’s election, Johnnie was beaming for days and was certain the “Freedom Bus” would be arriving to take the blacks “home”, possibly with Mr. Obama driving himself.

Johnnie was prejudiced, just like me.  He had a perception of the white man that had been set many decades before and was largely grounded in reality.  He did not hate me for being white, or for the stereotypes I held of young black men which he agreed were most often correct.  But he did not try to hide his desperate hope that some special consideration would be given to the black men who had suffered from the injustice and disparity of the criminal justice system, and perhaps, of society itself which had not been designed to solve the problems of his people.

I spoke simply and bluntly to him and told him I did not believe Obama would grant special consideration to the black men in prison, and I think I broke his heart.  I know he cried when I told him that, yes, I was quite sure, that even with a black attorney general, I did not think it would happen.  He choked back tears and with a huge lump in his throat, patted me on the shoulder and said, “I know you understand these things better than I”.

He would rush to the TV every time there was rumor that sentencing reform would send every black man home, but even as reform came to pass, it was modest and affected only non-violent drug offenders, not Johnnie, who ironically-although I never shared my love of painful irony with him-was considered white collar.  He must have been the least sophisticated white collar criminal ever to serve a three year federal prison sentence.

The young blacks had no use for Johnnie, and neither did the young whites.  The Mexicans always keep to themselves, and so Johnnie found few comrades in prison, and often struggled up and down stairs and into bed on his own.  Books had no great value for him, exercise was out of the question, and he wasn’t interested in the TV options, limited largely to BET, WWF or shows about prison.  The only occasions I remember seeing Johnnie out of his bunk were when a black preacher would visit.  At those times he would press his uniform as well as he could, shine his shoes and linger in the chapel as long as allowed.

The last time I saw Johnnie, he was sitting in his sweat suit by the door, letting the December sun and the 30 year old radiator do what his heart could no longer.  He was humming a tune and rocking gently, coughing as he always did.  I couldn’t make out the tune he was humming over the screaming and gang-rapping at the other end of the room, but I liked to think it was a gospel hymn from the church where he had served as a deacon.

I left Marion and heard a month later the Bureau of Prisons had finally relented and was sending Johnny to the halfway house in Memphis early given his extreme health condition and advanced age.  I knew that he had a chance for early release, because the Bureau of Prisons doesn’t want to bear the high costs of medical care for the terminally ill, so if there is any way they can shift that burden to another federal agency or the inmate, that is an inmate with a chance of early release.

And so it was for Johnny, who could be covered by ObamaCare, Medicare, or Medicaid.  He was released to the halfway house in Memphis in January, and died the following day.  Less than a month later, his wife of 51 years died, of heart failure.