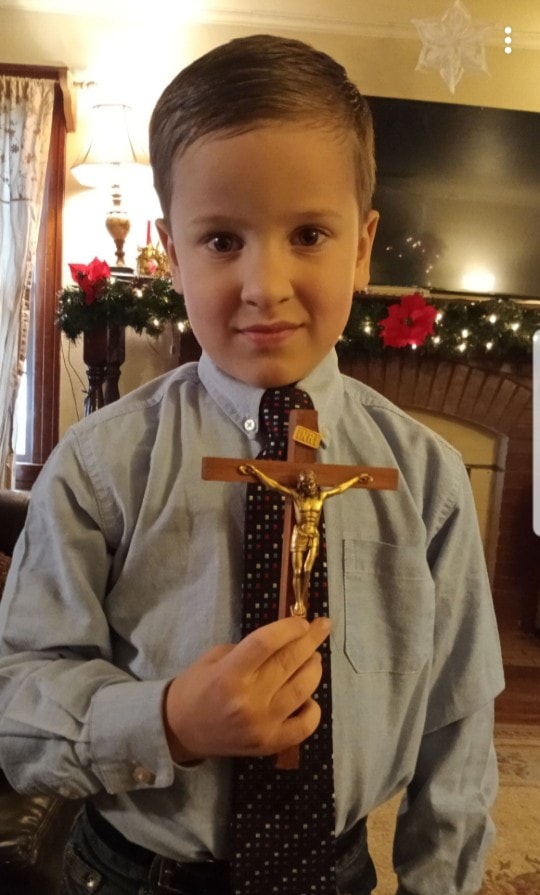 My circumstances yesterday were such that I attended a 4pm Spanish liturgy. #12M5 wanted to attend to “find out what a Spanish Mass is”, and once the Mass began he was looking in every direction, brow furrowed.

After several minutes he asked me, loudly, “Where are all these people from and why are they speaking Spanish?”. I quietly explained that most were from Mexico and that’s why they speak Spanish. He then said, just as loudly and right as the Church fell silent after the Epistle, “I think they should learn to speak English!”