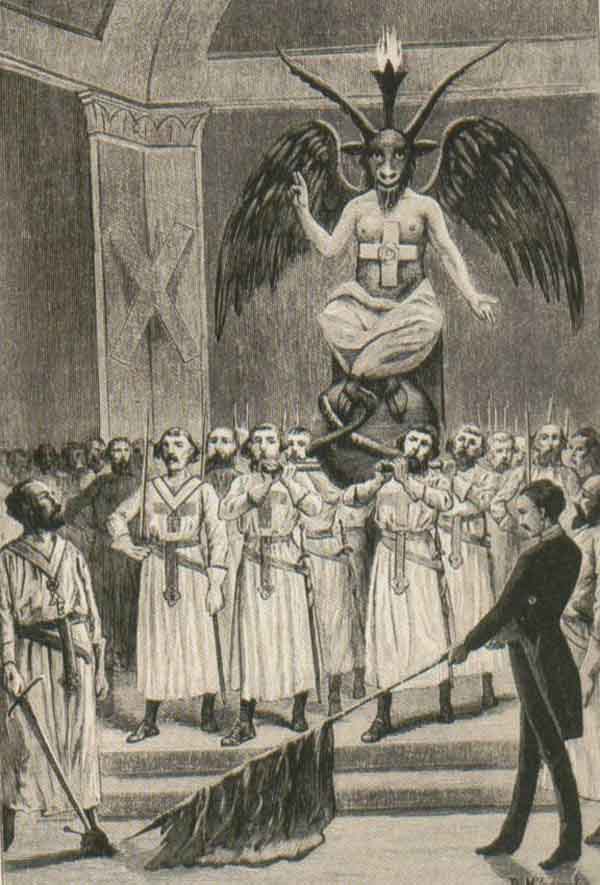 At the bottom of this commentary you’ll find links to some fantastic books explaining the history of the Freemasonic movement and why the Masons and the Church are eternal enemies.

Despite the fact that in the new Code of Canon Law no mention is made of the excommunication formerly applied to Catholic members of Masonic groups, the Church still prohibits membership of this secretive and anti-Catholic organization whose principles are totally incompatible with the revealed Truths of the Catholic Faith. Eight popes have issued a serious condemnation of its tenets and practices beginning with Clement XII in 1738. His constitution was confirmed and renewed by Benedict XIV.

The same path was closely followed by Pius VII, and Leo XII assumed and ratified all the acts of his predecessors on this matter. It was in the same unambiguous sense that Pius VIII, Gregory XVI and Pius IX declared their opposition. The most interesting encyclical letter is that of Leo XIII.

In the 1970’s a spurious distinction not founded on facts was introduced—a not anti-Catholic Masonic lodge—a contradiction in terms no doubt but widely touted among bishops and priests.

In 1980, the Sacred Congregation for the Doctrine of the Faith called this a false perspective and upheld the centuries old condemnation.

The declaration further stipulated that no local ecclesiastical authority had the power to diminish in any way the judgment handed down. In this country in 1985, the National Conference of Bishops called Freemasonry ‘irreconcilable with Catholicism‘ because the ‘principles and basic rituals of masonry embody a naturalistic religion active participation in which is incompatible with Christian Faith and practice. Those who knowingly embrace such principles are committing a serious sin.'”

There is an obligation to make this teaching of the Church known, so that there can be no excuse for seeking application to a Masonic lodge to further one’s temporal well-being at the expense of one’s immortal soul.

Why Catholics Cannot Be Masons

The Kingship of Christ and Organized Naturalism

The Cristeros and the Martyrs