Winston felt the law was on his side and refused to plea. He expected to have the best defense money could buy, but after the US Attorney froze all of his assets, he was unable to hire the criminal defense attorney of his choice. He lost at trial, was convicted of bribery, wire and bank fraud totaling $100 million and was sentenced to 24 years in prison. The feds and the state moved in to seize his companies and personal property. He was 50 years old, with a wife and four mostly grown children.

Winston was 68 years old, 5’6”, slightly hunched, with pale skin and a rapid fire manner of delivery.  I first met him when he was transferred to Marion from Butner Medical Center after having surprised (and disappointed) many people in the Bureau of Prisons by surviving his third round of cancer.

He was not the type of person to suffer fools, and would respond to any inquiry about him or his past by asking a series of questions designed to determine, in his mind, whether the subject of his interrogation was worth spending time with.  As he would later explain to me, after 20 years in federal prison, he didn’t think he had time to waste on inmates who placed no value on time simply because it was in such supply.

Winston was the founder and CEO of a hugely successful property and casualty insurance company in Illinois.  He built his 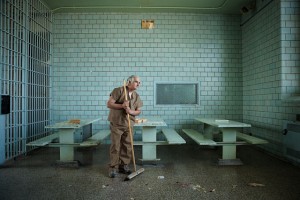 company by specializing in hard to insure properties and businesses and collecting what was then an enormous amount of data about his clients so he could both better design policies and help them to reduce losses.  The combination of his insuring higher-risk (and thus, higher premium paying), clients and diligent underwriting made him wealthy by the time he was 40.

As often happens to successful men, he grew bored and decided to tackle new challenges.  Some state laws at the time prohibited companies like his from competing across multiple jurisdictions.  There were also other laws in the state of Illinois that limited the types of coverage he could offer and proscribed certain regulations he found onerous.

He began lobbying the state legislature to change the rules and simultaneously hired as an employee a member of the state assembly.  The assemblyman’s job was marketing and public relations, and while not illegal, was certainly imprudent.  Over the course of a few years, Winston succeeded in getting the laws changed in Illinois to permit the writing of certain lines of insurance and the transfer of excess risk to offshore re-insurers.

However, an enemy of the assemblyman Winston had hired felt the relationship was improper and complained to every regulator he could find.  Eventually a US Attorney, whose older brother had lost a primary election to the assemblyman, indicted Winston on 149 counts of bribery, wire and bank fraud.  The basic contention was that the job he gave the assemblyman was a bribe, and the subsequent writing of insurance policies a fraud which grew out of the effort to manipulate the legislature and defraud the not-so-good people of Illinois.  He was charged with a $100 million dollar fraud, based on the anticipated losses the insureds would experience.

Winston felt the law was on his side and refused to plea.  He expected to have the best defense money could buy, but after the US Attorney froze all of his assets, he was unable to hire the criminal defense attorney of his choice.  He lost at trial, was convicted of bribery, wire and bank fraud totaling $100 million and was sentenced to 24 years in prison.  The feds and the state moved in to seize his companies and personal property.  He was 50 years old, with a wife and four mostly grown children.

His employee, the assemblyman, was found not guilty of accepting that bribe.  He lost his seat anyway and was dogged for years by various state and federal agencies.

Winston appealed his conviction on numerous grounds, including the fact that he could not be guilty of bribing someone who had been found innocent of accepting a bribe (this argument failed).  At one point, his conviction was overturned by a judge who found ground for a mistrial, and he was released from prison.  However, a later court overruled, and he went back to prison.

The state and the feds pushed his companies into bankruptcy, which Winston and his fellow shareholders resisted.  The shareholders rightly claimed the companies were profitable and had no need for bankruptcy.  They argued that with Winston gone, another CEO could be hired to run the company without future liability.  The feds disagreed, and solved the problem by seizing all of the monthly revenues, until the company was in fact bankrupt.  This also had the consequence of the company lacking the resources to pay any claims, which would help buttress the claim that Winston’s actions had caused a $100 million loss to policyholders.

Winston started his life in the Bureau of Prisons at a maximum security prison because of the length of his sentence.  The BOP reasons, not unjustly, that men who may effectively be serving a life sentence have little incentive to not attempt escape or to follow the rules, and so men with no prior history of crime or violence, but with long sentences, go to the worst possible prisons and live in the most restrictive and dangerous conditions.

Winston survived, like other white collar inmates, by bartering his education, communication skills, and understanding of people to buy protection and make friends.  Where poorly educated white, black and Latino inmates saw violence as an only option to resist ‘the man’, Winston helped them to file administrative grievances and complaints, and not infrequently, civil rights lawsuits.  He was very successful, causing innumerable problems for a bureaucracy with little tolerance for prisoner and a desperate fear of accountability, so the Bureau of Prisons placed him in solitary confinement, or what inmates call “the hole”.

Solitary confinement is officially a way to segregate inmates who are a danger to staff or other inmates.  Unofficially, it is a way to 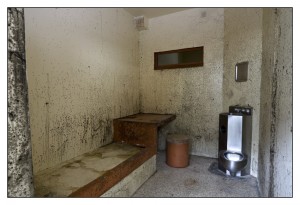 punish inmates and prevent them from communicating with family, friends and legal counsel.  The Bureau of Prisons may hold an inmate for up to 179 days without cause (investigating a ‘security risk’), and so in Winston’s case, he was held for 179 days, released for one day, and placed back in ‘the hole’ for another 179 days.  This continued for two years because he would not promise to not help inmates read their legal mail or report assault and abuse by officers.  He was eventually released from the hole and immediately transferred across the country to a prison notorious for official misconduct and inmate violence.

During the time he was held in the hole and prevented from communicating with his attorneys, he lost several of his appeals and, due to a lack of communication, forfeited his right to continue his appeals.  He also lost most of his civil litigation, challenging certain decisions by the bankruptcy court and by the trustee chosen to dissolve his companies.  Despite all this, one extraordinary development went his way; when the state finally closed his corporate bankruptcy, there were only $1.2 million dollars of outstanding claims.

Winston was thrilled, because this proved there was no $100 million dollar fraud.  Since fraud amounts are largely the basis for length of sentence calculations, the proof that the fraud-if there was one-was at most $1.2 million, would result in a re-sentencing for Winston which would send him home immediately.

In fact, over the course of several more years of filings and lawsuits, most of those claims were found to be baseless (policyholders who filed frivolous claims after hearing about Winston’s conviction), and the net outstanding losses dropped to less than $100,000.  These losses could  not be paid because the feds had seized all the corporate assets.

And yet, Winston could not get a court to hear his claim.  So much time had elapsed by this time-more than eight years-and so much correspondence from the court had gone unanswered during his two years in the ‘hole’, that the courts considered the matter closed.  Further, US Attorneys opposing his claims pointed out that federal law allows for sentencing based on ‘intended losses’, which means that if Winston intended to bring about a $1 billion fraud, he could be sentenced at that level, even if there had actually been no fraud.  This argument succeeded in spite of the legal technicality that the government had alleged actual, rather than intended losses.  Close enough for government work, presumably.

Another five years would pass, and Winston was progressively moved from maximum security to medium, then to low, and finally to a camp once his sentence length was under 10 years.  He would be diagnosed, and eventually recover, from skin cancer, prostate cancer and colon cancer.  He took it as a sign that he wasn’t meant to die in prison.

After 15 years in the federal prison system, Winston woke up one morning and read in a law journal that the statute under which he had been convicted of bribery had been overturned by the Supreme Court.  In effect, what he had done was not, in fact, illegal.  Winston was convinced he would be released.  However, his further filings were ignored on the basis that, although the law was clearly not constitutional, it was the governing law of the land at the time the acts occurred, and thus, he was guilty, and would remain in prison.

While he was in prison, cell phones and the internet were invented and became mainstream, we went to war in Iraq, Bosnia, Afghanistan, Iraq again….his daughters would marry and have grandchildren, his parents and one of his sons would die, and tens of thousands of men would rape and murder and not serve even half of the sentence he received.

In the end, Winston would serve 20 years of his 24 year sentence.  His wife, who had visited almost every weekend for 20 years, picked him up by the bocce ball courts where all the other old men slowly die, and drove him home.  The last he was heard from he was filing another lawsuit in hopes of getting some compensation for all he had lost.